In the capital and largest city of the German state of Thuringia – Erfurt – took place the last transnational project meeting of DC4JOBS between 8th and 10th July 2019.

The German association Culture Goes Europe, who leads the ‘Digital Competences for new jobs: Young people (with fewer opportunities) fight unemployment’ project, hosted 6 partner organisations: Emphasys Centre (Cyprus), EuroEd (Romania), Clictic S.L. (Spain), Orge Municipality (Latvia), Breakthrough (the Netherlands) and Bürgerhaus Bennohaus (Germany). The partners met in order to discuss the last issues connected with the project. There are some tasks that have to be completed. All partners still need to prepare and upload some translations, produce a short PPT about the modules, write a summary of pilot testing and provide all the documents needed for the final reporting. Some of the partners still need to organise multiplier events, all of which need to take place till the end of July 2019. During the last transnational project meeting in Erfurt the partners also talked about the financial issues and strategies for final reporting.

In the frame of the DC4JOBS project a youth exchange – “Advancing Digital Youth” was organised between 8th and 14th July 2019 in the premises of Haus der Vereine in Erfurt. Each partner organisation sent two young participants. They learnt about the project and its products, took part in discussions and had a chance to know the city of Erfurt a bit better. One of the participants from Germany, Finn Reinhardt, admits:

The week I spent in Erfurt was honestly amazing! After a long and entertaining train ride we finally arrived in Erfurt. We explored the city and ended up visiting the Cathedral before we went to bed. The next day after breakfast, we met at “Haus der Vereine”, where we would spend most of our day with the group. In front of the building I saw a smiling man with long hair waving his hands, implying that we should come to him. It was Duarte, who together with Ana led the group during the Youth Exchange. During the YE we got very close as a group, and were facing new, exciting team challenges every day.

The food was great and Duarte and Ana made sure there was always a choice that didn’t contain meat. A lot of the choices for dinner were typical German food from the region. Thus I, as “the German” was asked what some of their names meant. This, and the fact that I had never heard of “Tegut” before, reminded me that being German doesn’t necessarily mean the same, depending where you were born. As I was unfamiliar with Erfurt and a lot of the German food that was offered, the Youth Exchange felt like it was in a different country. In fact I caught myself saying “Hey, when we’re back in Germany we should..”. I guess talking English all the time really added to the illusion, but that’s also what made the week special for me.

When I arrived back in Münster I was left confused. So many impressions of people from different countries with different dreams and skill sets. So many memories of jokes or games we played in the group, tasks we solved as a team. In the end I wasn’t sure if I should cry because it’s over, or smile because it happened. Well.. I did both, and I came to the conclusion that it was one of the best decisions I have ever made during my voluntary civil service at Bennohaus!

Also, on 10th July the participants of the TPM and the youth exchange took part in an international conference titled “Digital Youth Work 3.0 – Competences for the Labour Market of Tomorrow” organised in the premises of ThEx Enterprise in Erfurt. Being a multiplier event of the DC4JOBS leader, the conference gathered more then 60 experts and practitioners in the topic of education and digital technology. The participants of the conference learnt about the aims and outcomes of the project and took part in one out of three workshops:

– “Visualisation as a Boost for Your Ideas: design and pitch” by Marco Hamel from Visual Selling,

The conference finished with a panel discussion on “Digital Youth Week 3.0”, which evoke lively discussions and involvement of the participants. Official photots from the conference are available here.

DC4JOBS project is officially finishing at the end of August. The project is supported by the European Union’s Erasmus + Programme under the Key Action 2. 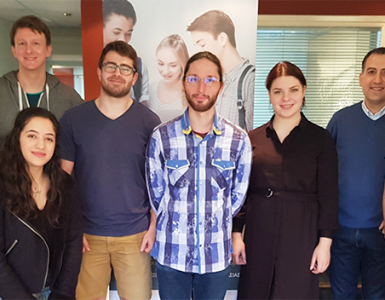 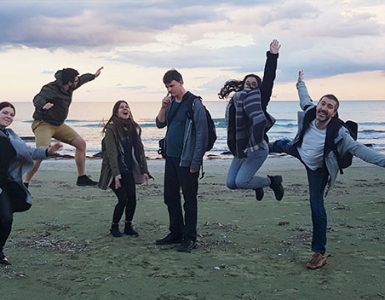